Home
Blogging
Google Adsense Terminology That You Should Know

Adsense is one of the easiest ways out there to start making money online with your blog. You do not have to spend a penny, neither you have to deal with any of the advertisers to start generating revenue.

All you have to do is put the ad on your blog and wait for your AdSense account to reach the minimum payment threshold to get the money in your bank account and eventually in your hands.

However, like any other business, the amount earned by you mostly depends on how smartly you work. You need to keep reading and learning new things in order to keep increasing your income.

But before that, you need to learn a number of words which are frequently used by any Adsense user. Without understanding the meanings of these AdSense terms, you will fail to understand the various posts on internet which will further damage your opportunity to make the most out of Adsense.

Impression – Many people mistakenly consider a page view and an impression to be the same. But that’s not the case and both these things are different.

Ad Unit – An Ad Unit is simply the ad you put on your site. For example, if you have put an ad on top, on the sidebar and on the bottom of a page then the total number of ad units you have placed is three. 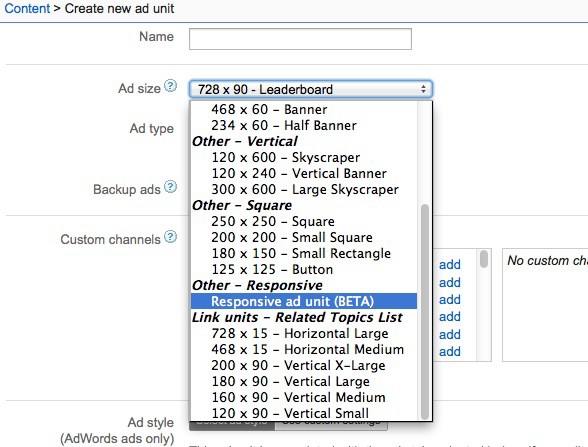 Although it’s notable that Adsense considered Ads placed with the same code as one unit. Means if you create a new ad from your Adsense dashboard then put the same code in 2 different places on your site, it will be counted as one and the different values for it(CPC, CPM CTR etc) will also be shown accordingly.

Click – A click is counted when a person clicks on the ad on any site. It’s important to the meaning of Click before knowing other Adsense terms because AdSense is a click based programme. Meaning you are paid on the basis of how many clicks your site has generated.

It’s also essential to know here that some clicks are considered invalid clicks by Adsense and they are not counted by them while counting the revenue. Such clicks can be from the owner of the blog himself, his friends, or even from a user who has a bad reputation of clicking on ads unnaturally by taking money from the owner.

CPC – CPC or Cost Per Click is also known as PPC or Pay Per Click. We previously mentioned that Adsense pays you on per click basis and the amount you are being paid for every click is called CPC.

For example, if your CPC is $0.10 then it means you are earning $0.10 every time a person sees an ad on your blog and clicks on it.

Or for advertisers, the amount of money they have to pay for every click on the ad which leads the user to their site is the CPC. For example, if the CPC is $0.20, then you will have to pay $0.20 every time someone clicks on an Adsense ad and lands on your blog as result.

Although Adsense hardly ever shows the real CPC amount, instead, it shows you the average CPC because the CPC amount is a very unstable unit.

Just like CPC, Adsense also does not show the exact CPM, instead, it shows you an average CPM based on your current earnings.

CTR – CTR is a very good way to find how are your ad units are doing. CTR or Click Through Rate is an AdSense related word which shows you how many people have clicked on the ad compared to the number of the people who saw it.

For example, if 100 people saw your ad and 2 of them clicked on it then your CTR will be %2. This way you can find which ad units are doing well and are attracting users, by comparing the CTR of them.

It’s notable here that CTR is based on the total number of Impressions and not the page views. Meaning if you have placed 3 ads on the same page and if a person goes to that page and clicks on an ad then Adsense will count 3 impressions and 1 click.

Heat Map – Heat Map is a bit advanced term for this guide of Adsense terms, but it’s a very useful thing for new bloggers who don’t understand the science of ad placement.

Adsense heat map is a map provided by Google, it shows you which spots or sections of a web page are ‘Hot’ for putting the ads on your site.

These spots are those in which a user easily notices the Advertisement, which further increases the chance of them clicking on those ads. So by putting ads in such places, you increase the visibility of your ads and increase your earning potential as well.

Finalized Earnings – We mentioned before that some clicks are considered Invalid by Adsense and they are not counted. However, sometimes Adsense takes some time before deciding whether or not a click was invalid.

So whatever earning Adsense shows you throughout the month is considered an estimated amount and not an exact one.

At the end of the month, Adsense bots calculate the total earnings and minus the money from it which is acknowledged as forced or invalid, and the remaining money is proceeded for being transferred to your account, which is known as finalized earning.

Channel – The final entry in our list of Adsense related words is Channel. It’s an advanced way of tracking the performance of multiple ad units, or different sites together.

You can add a number of Ad Units in a channel and Adsense will show you the performance report of those ads together, including the CPC, CPM, and CTR of all those ad units combined.

It’s a great feature if you are using your AdSense account for putting ads on multiple sites. You can create a separate channel for all the ads placed on the same site, and then track the performance of that particular site on that channel.

Did you find the information on this page useful? What other Adsense terms you see frequently? do let us know in the comment box.