Mark Pellegrino, the Supernatural series actor is a famous personality and has always been someone to voice out and broach the subjects amongst the public. Given a chance, he would definitely let out lots of insights about his opinion on any current affairs. His current interview on online bullying seems to have evoked some buzz and attention as to his views being powerful enough to influence people. 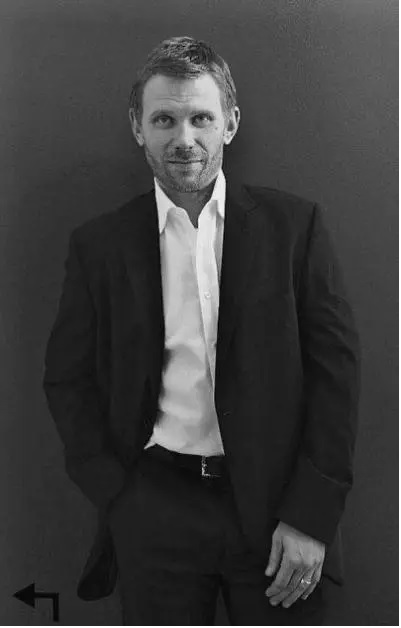 The pandemic has shattered the lives of many, and the allowance for mere digital exposure has increased the cases of online bullying. The persons who seem to have taken the most hit are the celebrities and entertainers who work their efforts off to entice people to their ability.

This culture has raked many public personalities who seem to have gone fully raging with their opinions against online bullying. Mark Pellegrino is such an artist to have shared his mind on the subject explaining what the social media platform is supposed to do to abandon bullying.

His own fate of bullying:

Pellegrino has done lots of meaty roles in recent times including his famous ones Lucifer, Dexter, Lost, etc. His recent outing Supernatural has shot him to considerable fame which supersedes any of his previous ventures. However, Pellegrino goes on to rant that he is not exempt from being the recipient of some vicious online bullying.

When he became the victim of serious online bullying himself, he wanted to give the world his thoughts on how to clear up the bullies to maintain some sanctity in the web world.

The reason for speaking up:

When enquired about his encounters with bullying and how he actually tides over them, he elucidates further about the classifications of bullying and how different they hit at people. The disparaging attack from the bullies is depressing in every way possible.

We have been fighting our might to get an egalitarian society, but today’s world is filled with social injustice and inequalities where the pandemic adds fuel to the woes. People have turned into the digital world for the most part of their outlet and there is only a colossal injustice and bullying everywhere as a result of that.

Many world leaders to actors and celebrities have not been exempted from the ignominy of bullying and they aspire to stage their voices against it to see some relief. Pellegrino has had enough in his career as he now wants to put an end to all this online bullying finally. The anonymity of the users has been a boon for them to assault people the way they want, and no more will that leeway be available for the bullies. Section 230 of the decency act has come as a savior to protect the victims of online bullying.

There was a time when was being bullied by some sociopaths who tried to derail him to the maximum extent possible. They tried their way into defiling his reputation by coloring all his views as anti-social or anti-communal by painting him as racist in the web world. It appalled him to a great extent who took to fighting them with words of retaliation.

However, Pellegrino mentions that he was not successful in his attempts as he could only take on a few members and the deluge of comments could not be answered. Any reply to their disparaging comments did not weaken them to bits but only served them with more vigor. They sense some consternation from our side and try their maximum to exploit with all their verve. They put the people down and sort of induce some depression into our lives in a pernicious way that cannot be mended that easily.

What did he do after his encounter?

Pellegrino did a podcast to address the bullies with his retreat messages and also tweeted them back with some evidence clubbed together with the response. He stimulated a campaign called One Love to eradicate all the hatred and heal the victims universally in all aspects. All attempts fell short of success as every bid to contain the haters only provoked them more.

Pellegrino states that he turned his mode of response to be more snark and sarcastic. However, the messages did not pass on to the people as they twisted to their convenience and did not understand its real importance. They could not relate to those statements and the concept was lost on these people riling them up more than ever.

Slowly those people phased out of the internet world to some relief. Pellegrino actually means that the talents these bullies use can be put to use in some constructive talents so they get some life out of it instead of hurting people to their dismay.

Later the second wave of criticisms happened with kids taking off from where the youths left. They used all the contemporary intellectual comments to derail him which he says were completely misguided. They filed him with all false accusations until he found a way to give it back.

Capitalization from adults of the youths:

The youths and haters seem to have taken down the entire diaspora of the web world to their level. They also give children the same level of knowledge and make them believe to target others unabashedly. He says, even parents take advantage of this and encourage their kids to be abrasive and ruthless in social media.

Freedom of speech is definitely a reform to be practiced and preserved, but some amount of ethics needs to be incorporated in their statements to the maximum. The children are pressurized with a motive to drop messages and go about doling out comments that they think are original but are actually being influenced by their professors or parents. This kind of mob mentality has to be stopped for the betterment of society and everybody should be given a free space to think and deliver their opinions. The above ideologies are his strong beliefs and ways of treating us to some recovery from this social media recess from his side are procedural.

The importance of voicing out:

Pellegrino mentions that he went with an approach of retaliating or giving it back because silence provokes them more. They try to become more active and completely unapologetic if they are not responded to finally emulate a culture that is unhealthy entirely. He states that he would be the one to fight to expose the kind of criminals they are. Even if the culture is going to be besmirched with that kind of squabbles, he would not mind going ahead and offering repartees to mend their behavior would definitely not give in to the barbarians and to their mindless criticisms even if he is the only one waging the war and standing up to it.

Pellegrino’s words seem to ring a bell with all of us as everybody is aware of the unhealthy web environment, we are all subjected to. He wants to see a change that is substantial in huge proportions and we should raise fingers to help his motive to all our ability. Online trolling has become more harmful and is gradually taking down the digital world with its vigor. It is high time to stop it with methods mentioned by the actor and support his ideologies to create a better atmosphere.